Continuing with the build after a slight delay, we move onto the torso and head. The torso here follows the O ring style like the Exia, and comes down to building “around the ring” so to say, and shoving the cockpit in the middle. The head itself is also similar to Exia so nothing special there.

Anyways, let’s get on with the build of the torso.

Fairly standard cockpit which will slide in the middle of the torso. 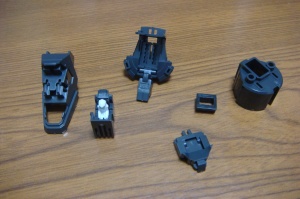 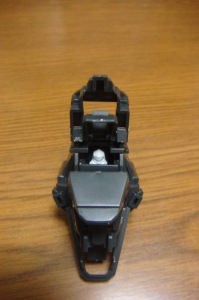 The cockpit from the side. 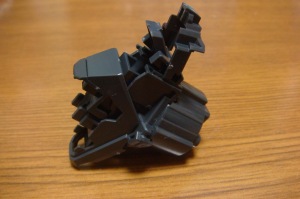 The shoulder join fits into a ring style that will be attached to the O ring. 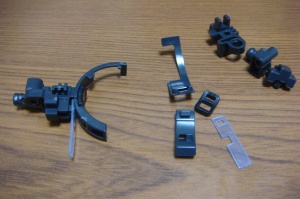 The 0 ring, which the shoulder parts put it. After putting in the top ring the various parts will “lock” it together. 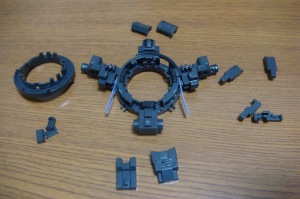 Here we stick the cockpit in the middle and lock with the hatch on the back. Seriously makes you think there should be a GN reactor there like Exia. 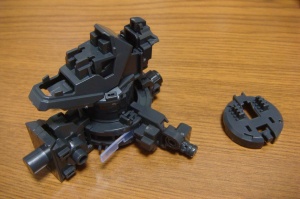 Again more hologram strips are used, but unfortunately you won’t be able to see most of them after the outer armor. 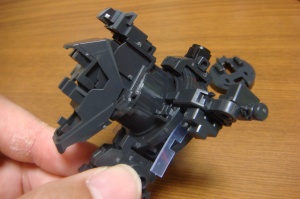 Putting on more stuff to layer around the O ring. 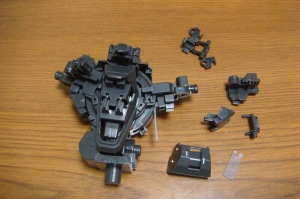 Last thing is to put on the upper chest armor can move out at an angle slightly. 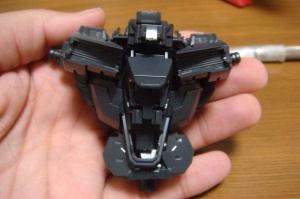 The back of the torso. 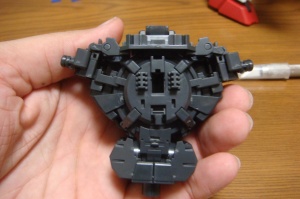 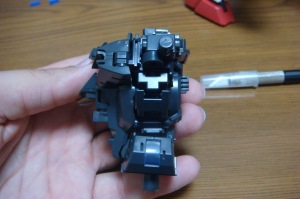 Attached to the waist. 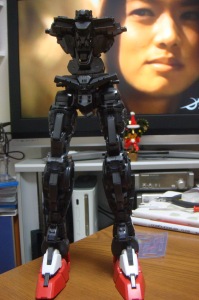 The head, which will be a fairly standard build. 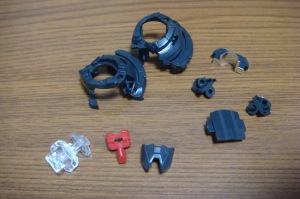 I’ll be painting the eyes clear green, but for the time being, using the sticker. 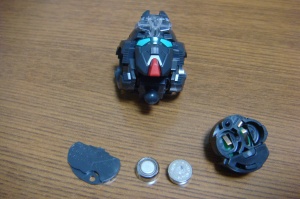 Attached to the torso. 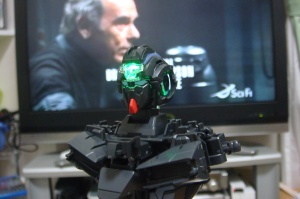 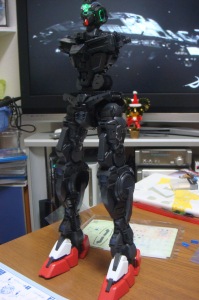 The torso is an interesting build, being based around the O ring design. In a way it’s fairly refreshing, since most Gundams aside from the Zeta line tend to follow the same style of design/build regardless of series. On the head, it’s kind of suprising that they give you a sticker to cover the eyes rather than a clear green part like past PG kits. One thing I am not liking is that there is an abundance of hologram strips. I guess it goes with the idea of having a fully detailed inner frame, but there are some parts that you simply not will seem them. I guess it’s the whole “if a tree falls over a forest and no one hears it does it a make a sound” way of thinking though.

The next post will cover the arms, and move onto the backpack, which will finish up the inner frame build.