Ahem, well, I guess I must be one of the slowest updaters around,  between work and hanami’s and Killzone 2/Ryu ga gotoku 3 I’ve been slacking off on the Gunpla, sorry about that.

Anyways, back to the in-depth look at building the Strike 1.5 Astray.  We left off with one leg being built, but since then I’ve completed both legs, along with decals/seals and the final top coat.  You’ve probably seen a couple of photos in the quick updates I’ve done recently.

Next up the waist.  Again, no where as near a pain in the ass as the PG W-zero.  The biggest probably is that the nice long codpiece armor thing is pretty long, so with the fattened thighs of the astray as well, it gives the model less articulation compared to the Strike.

The pieces for the waist

And we’re done, that was easy

Testing with the legs

With armor, side view 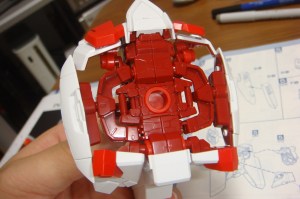 With that done, next up is the torso, also another easy piece compared to the W-Zero.  This was another quick build.  You see a few differences however on the outer armor compared to the strike, but the internal is the same.  Including the slot to shove in the Striker Pack.

With front armor on 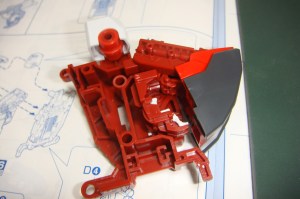 One of torso/shoulder joint pieces

With the lower torso/waist part attached 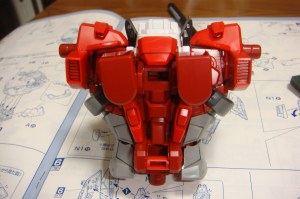 On the subject of the striker pack, I gave it a try, unfortunately, due to the slight armor differences, it won’t fully slide all the way into the slight, and you actually have to take some pieces off of the torso to even slide it halfway in. 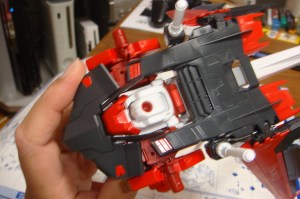 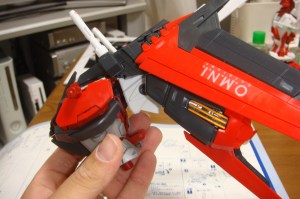 Next post will move on to the head and the laughable back pack.